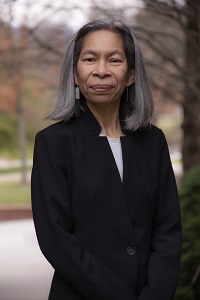 Anchalee (Joy) Panigabutra-Roberts is Head of Cataloging at University of Tennessee Libraries in Knoxville, Tennessee (UTK) since August 1, 2018 and the former Head of Cataloging and Metadata at UTK since November 2016 until the Libraries’ reorganization in August 2018. Since 2017 she also coordinates the Tennessee Name Authority Cooperative Funnel Project for the Library of Congress Program for Cooperative Cataloging. Prior to UTK, she worked as Head of Cataloging and Metadata at the American University in Cairo, Egypt (2013-2016), Cataloging and Metadata and Multicultural Services Librarian and a liaison for Women’s and Gender Studies at University of Nebraska-Lincoln (2007-2013), Catalog Librarian at St. Cloud State University in Minnesota (October 2005-July 2007) and Assistant Professor in Master Programme in Library Science at University of Western Ontario in Canada (2002-2005). She received her MLIS from University of Wisconsin-Madison, with B.A. in English (Literature) from St. Olaf College, Northfield, Minnesota and B.A. in English (Linguistics) from Chiangmai University in Thailand. She has been an OCLC user for over 20 years and involved with OCLC Research Library Partner Program since 2015. In 2016, she served as a member of the OCLC Research Library Partnership Web Archiving Metadata Working Group as the representative of the American University in Cairo. And from May 2015 to October 2016, she served as a member of OCLC Programs Committee of the AMICAL Consortium (a consortium of American international liberal arts institutions).