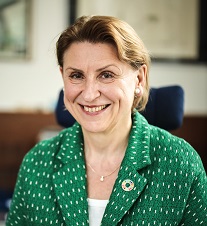 Barbara Lison is President-elect of the International Federation of Library Associations and Institutions (IFLA) and has been the Director of Bremen Public Library since 1992.

Barbara is particularly committed to library policy and the development of libraries for the future.