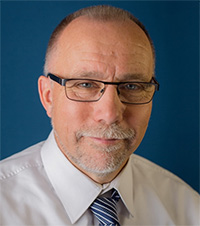 Craig Anderson was University Librarian at Deakin University in Geelong and Melbourne, Australia. He held this position from 2016 until April 2021 and is now retired. Since migrating to Australia from the U.S. as a teacher-librarian in the mid-1970s, he has held a number of different positions with a common theme of libraries and information management.

Craig began his library work in the 1970s in an Australian country public library and served as Chief Librarian at a small urban library. He then worked with a library system vendor, handling everything from ILMS support and sales to training and system implementation. He was Chief Executive Officer of an independent library system for 10 years, and then served for nine years at RMIT University in Melbourne, Australia—a large Australian University with about 83,000 students and two campuses in Vietnam.

Craig has served as President of the Australian Library and Information Association. More recently he has served on the Board of Caval Pty Ltd, a Melbourne based library cooperative which provides a wide variety of services to public, special and academic libraries.

He has a research-based Ph.D., with a thesis on online teaching, along with a Master's in Business IT and qualifications in librarianship and management.