The Relationship between BIBFRAME and OCLC’s Linked-Data Model of Bibliographic Description: A Working Paper

This report describes a proposed alignment between BIBFRAME and a model being explored by OCLC with extensions proposed by the Schema Bib Extend project, a W3Csponsored community group tasked with enhancing Schema.org to the description of library resources. The key result is that the two efforts are complementary except for some common vocabulary required for the most important entities and relationships. The analysis presented here was prompted by the call at the end of the December 2012 BIBFRAME Early Experimenters Meeting for a set of Point or Position papers that work out technical issues and make recommendations for a number of sketchy, difficult, or controversial aspects of the BIBFRAME model. The description is based on a small dataset presented in the entirety in the Appendix. But the analysis is based on a larger dataset derived from the application of a mapping algorithm from MARC to BIBFRAME on all of WorldCat.org. This draft is being released as an OCLC report, but it is intended to be read as a working paper for the BIBFRAME community. 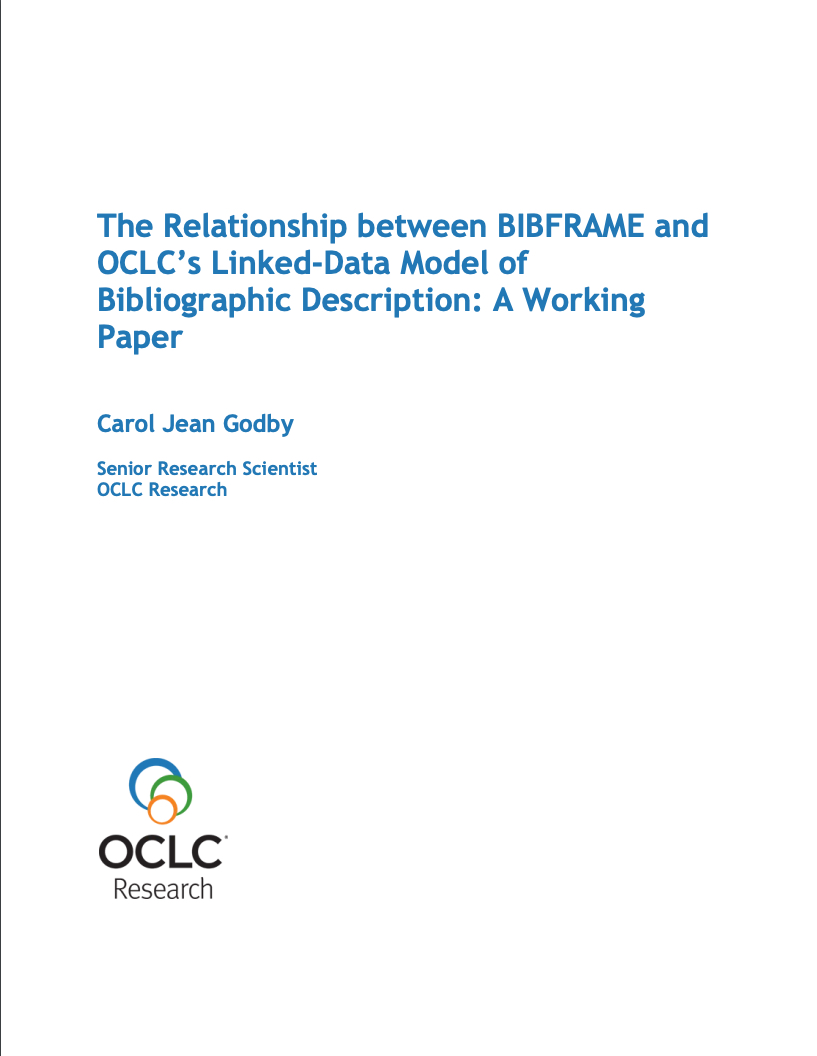