Lorcan coordinates strategic planning and oversees the Membership and Research Division at OCLC. He has worked for library and educational organizations in Ireland, the UK, and the US. His influence on national policy and library directions is widely recognized.

In 2010 he received the National Federation of Advanced Information Services' (NFAIS) highest award, The Miles Conrad Award. He is an honorary Doctor of the Open University in the UK and has twice received an ALCTS Presidential Citation for his work with OCLC colleagues. Lorcan began his career in public libraries in his native Dublin, Ireland. Before moving to OCLC, he managed the UK higher education national investment in information services for Jisc. He is a member of the Cambridge University Library Visiting Committee. Lorcan has a BA and MLIS from University College Dublin.

Lorcan can be followed on the Web at Lorcan Dempsey's weblog and on Twitter. He publishes and presents widely. In this article, we consider collections in relation to three different points of view and we briefly present three further methodologies of transversal development of collections: optimization, pluralization, and reading computation of large-scale data In this interview, Lorcan Dempsey discusses his recent work and views on collection directions and how the worldwide pandemic has changed and accelerated trends. 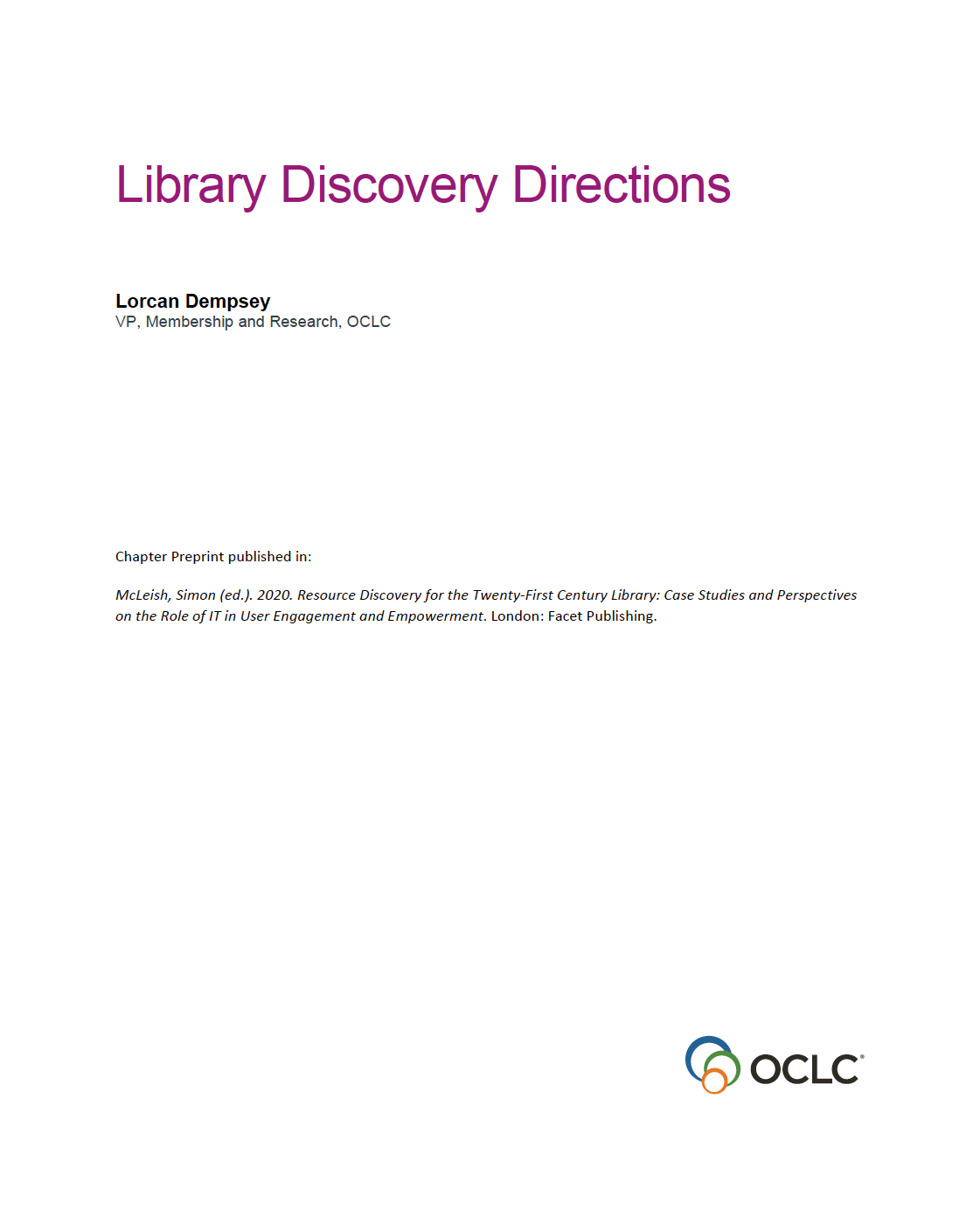 In this foreword to the edited collection Resource Discovery for the Twenty-First Century Library (2020), Lorcan Dempsey traces shifting trends in the library discovery environment contributing to the diversified scope of resource discovery.

View all of Lorcan's publications

View all of Lorcan's presentations

OCLC Research encourages the reuse and distribution of our work by providing it with a CC By 4.0 license. For your convenience we have created Power Point slides for the most requested images, complete with suggested citation. Please feel free to use these slides in your presentations or publications without the need to request further permission.