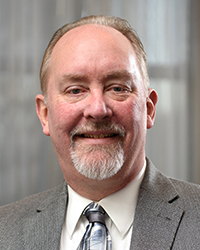 Eric Suess has been the Director of the Marshall Public Library in Pocatello, Idaho since 2011. He has been a professional librarian since 1987. He has served four terms as an At-large Councilor with the American Library Association. When not doing library things, Eric acts and directs in community theater, having been involved in over fifty productions. He is also a contributing member of the National Puzzlers' League and a member of the Learned League.