Doug Ulman, President & Chief Executive Officer of Pelotonia, will be speaking at OCLC's 2019 Americas Regional Council Conference on day two of the agenda at 9:10 am.

Doug Ulman is the President & Chief Executive Officer of Pelotonia, which was established in 2008 with the objective to fund lifesaving cancer research and today is a rapidly growing non-profit. In this role, he is responsible for overseeing the strategic vision and direction of Pelotonia and also serves as an advisor to The Ohio State University Comprehensive Cancer Center–Arthur G. James Cancer Hospital and Solove Research Institute.

Doug is a three-time cancer survivor and globally recognized cancer advocate. After overcoming chondrosarcoma during his sophomore year of college and malignant melanoma twice since, Doug and his family founded the Ulman Cancer Fund for Young Adults to ensure that all young adults impacted by cancer have a voice and the necessary resources to thrive. With funding from an Echoing Green Fellowship, Doug served as Executive Director of the organization for four years before joining the LIVESTRONG Foundation in 2001 as Director of Survivorship. He went on to lead LIVESTRONG as President and Chief Executive Officer, establishing the organization as the global leader in cancer survivorship. 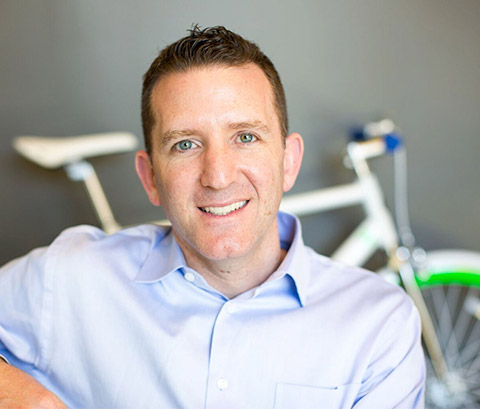 Doug speaks frequently at some of the nation’s most acclaimed festivals and conferences including the Social Good Summit, the Inc. 500|5000 Conference, the Aspen Ideas Festival, the Clinton Global Initiative University, TEDxAustin, SXSW Interactive and YPO Chapters across the country. Doug has also spoken to and consulted with numerous Fortune 100 companies and fast-growing startups. Doug’s personal story and his leadership accomplishments have been featured on major media outlets including The New York Times, Wall Street Journal, USA Today, Forbes, Sports Illustrated, NBC News, ABC News and MSNBC, among many others. Doug has been honored with many accolades including twice being named on the Non-Profit Times’ Power and Influence Top 50 Non-Profit Executives list, an honor bestowed on the top non-profit leaders in the United States. Doug was also named CEO of the Year: Large Non-Profit by Columbus CEO Magazine in 2017 and the PR Professional of the Year by the Public Relations Society of America in 2013.

Doug currently holds numerous board positions for organizations such as the Ulman Cancer Fund for Young Adults, the Campaign for Tobacco-Free Kids, Athletes for Hope and ROOT Insurance. He is also an active member of the Young Presidents’ Organization (YPO) and The Columbus Partnership. Doug served for four years on the National Cancer Institute Director’s Consumer Liaison Group and has served on the Board of the Union for International Cancer Control (UICC), as well as many other philanthropic, healthcare and entrepreneurial ventures.