Pam Sandlian Smith, Director of Anythink Libraries, will be speaking at OCLC's 2019 Americas Regional Council Conference on day one of the agenda at 1:00 pm.

Pam Sandlian Smith is the Director of Anythink Libraries in Adams County, Colorado, just north of Denver. Through her leadership, the public library system went from being the worst funded system in the state of Colorado to one of the most recognized library brands nationwide by creating an entirely new service model. Anythink was awarded the 2010 National Medal for Museum and Library Service, the 2011 John Cotton Dana Award for Outstanding Public Relations, and the Library Journal 2011 Landmark Libraries award. Pam was the 2010 Colorado Librarian of the Year and the recipient of the 2012 Charlie Robinson Award for innovation and risk taking. She has also been honored for her work in library technology innovation and early literacy projects. Through her speaking and writing, Sandlian Smith stimulates discussions on innovation, creativity and participation in libraries worldwide.

She is a member of the board of directors of the Public Library Association and a PLA past president. She enjoys traveling, writing, cooking for friends and family, telling stories and inventing libraries that support learning and curiosity. 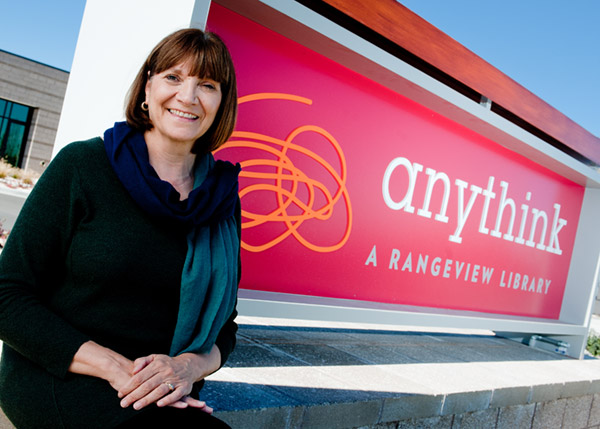