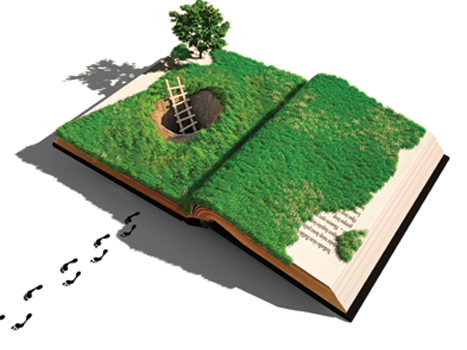 Sometimes a character is so universally embraced by the world that he/she/it is allowed to escape their story and find larger worlds to occupy. Jane Austen’s charming, lively and redoubtable character Miss Elizabeth Bennet is one of these characters. Not limited to Regency Fiction, Miss Bennet can be found in everything from graphic novels to murder mysteries, to horror fiction. In fact we have found her in in over 150 novels. We encourage you to explore Fiction Finder to see in what other stories your beloved characters can be found. But for now, here are the Top Ten Other Elizabeth Bennet Novels found in WorldCat.

This list was generated by searching WorldCat Fiction Finder's Character index for "Elizabeth Bennet" and ranking the results based on the 10 titles that are most widely held by OCLC member libraries. Fiction Finder is a fiction subset of WorldCat the world's largest and most comprehensive catalog of library resources from around the world, with more than 314 million bibliographic records that represent more than 2 billion items held by participating libraries, including books, movies, music, e-books, licensed databases, online periodicals, digital collections and more. Because of its scale, WorldCat can be used to represent a large part of the scholarly and cultural record.

At OCLC Research, we're exploring records and mining WorldCat data to highlight interesting and different views of the world's library collections. Be sure to check out our "What in the WorldCat?" page often to see what we come up with next.