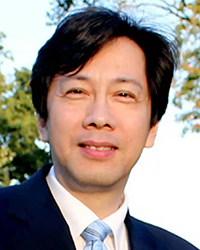 Shuqing Chu was appointed to his role as Director in Zhejiang Library in 2017. Prior to this appointment, he held several management roles in Hangzhou Public Library, where he had entered since 1981 and served successively as head of the Ancient Book Department, deputy director and then director of library. Shuqing serves as member of the National Cultural and Tourism Public Service Expert Committee of the Ministry of Culture and Tourism of the People’s Republic of China and Deputy Director of Society for Public Library, Library Society of China. Shuqing is one of the leading talents in the field of humanities and social sciences and enjoys special government allowances from the State Council. He was awarded as Role Model in Chinese Libraries and works also as Honorary Foreign Academic Advisor for The Central Universal Science Nekrasov Library in Moscow.