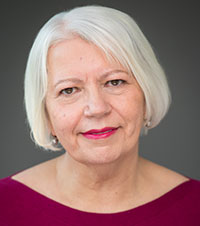 Madeleine Lefebvre recently completed two terms as Chief Librarian of Ryerson University in Toronto, Ontario, Canada. She has previously held Chief Librarian appointments at Saint Mary’s University in Halifax, Nova Scotia, and Mount Royal College in Calgary, Alberta. She is a Fellow of the UK Chartered Institute of Library and Information Professionals, and an Associate of the Australian Library and Information Association. She was also the 2003/2004 President of the Canadian Library Association. In 2005, Scarecrow Press published her book, The Romance of Libraries. Madeleine has held a sustained interest in planning library space and new buildings that address the need for “congenial space” for students, and has played a major role in the design and development of Ryerson’s award-winning Student Learning Centre.